The Trump/Pence logo was foolish... but it doesn't mean there weren't some lessons we should all take from that silliness. 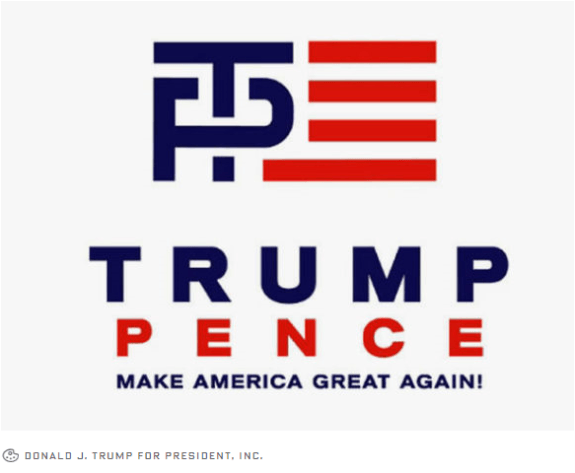 This logo was all the rage on social media last week. Not in a good way. Here are three lessons that L&D professionals would be wise to take away from the Trump/Pence logo experiment:

1. Know your audience. From the start, this logo didn’t seem to jive well with the audience they’re looking to engage and court. As the New York Daily News put it: “The possibly pornographic logo debuted just two days after the Republican Party unveiled its 2016 platform — which included a staunch anti-porn stance.”

All joking aside, L&D professionals do need to take care not to offend their audience, and this can happen unintentionally if you haven’t done your homework on your audience.

Putting together a workshop for an international audience? Take some time to research potentially offensive interactions. When I was in Japan several years ago, I was very glad that someone warned me that exchanging business cards is a big deal. I needed to make sure that I accepted a business card with both hands, studied it for a few moments, then held it in my hands (under no circumstances was I to stick it in my pocket while I was still talking with the person who gave me their card).

As I put together workshops for audiences in India, I need to keep in mind that it’s a very hierarchical culture and no matter how much interaction I design for maximum engagement and a diversity of opinions, subordinates will not contradict anything their superiors have to say.

2. Think like a 13-year-old. If the Trump/Pence marketing manager had just taken a few minutes to share this logo with a few teenagers, the teens wouldn’t have been able to stop giggling. This would have been pretty helpful data.

Similarly, presenters and instructional designers should occasionally ask themselves what a 13-year-old would think about their presentations. If there’s highly technical content, would they follow it? If there are activity instructions, would a teenager be able to perform the activity as designed?

3. Fail fast and move on. Two days after the logo was unveiled, it’d been replaced. Someone earnestly thought it was a cool design. Kudos to whomever decided to pull the plug. To try to justify the logo and spin it and explain it away would have just made a bad situation worse.

I’m all for experimenting. One of my biggest regrets was to not take a job opportunity with a hiring manager who told me: “I want to put together training programs and then ask ourselves: did we go too far?”

Boundaries in the learning and development space should be pushed.

But if something isn’t working, figure out what you can learn from the experience and move on.

What else do you think L&D professionals should be taking away from the epic Trump/Pence logo fail of 2016?