Like Halloween costumes, sometimes your PowerPoint deck just needs a little creativity to get the reaction you really want.

Last week, someone asked what the scariest Halloween costume I could think of could be. I thought for a few moments, smiled, then said: a corporate PowerPoint templates!

PowerPoint templates are so much scarier than Freddy or Jason or a Demogorgon.

Ever since I watched Stop Using Slide Templates, a video that Will Thalheimer put together several years ago, I’ve advocated against the use of templates as often as possible.

Over the summer, my brother-in-law and I were sitting in an airport. He’s a doctor who’s always giving presentations and from time to time we compare presentation notes. We starting brainstorming some of the most essential elements of effective presentations and he quickly took notes in PowerPoint. At the time we were just brainstorming and weren’t worried about the layout or attractiveness of the deck. This is what it looked like:

How to Defeat Corporate PowerPoint Templates

What if, this Halloween, we could dress these slides up? Put a costume on them and have some fun with them? What might they look like? Here are a few ideas:

Instead of a first slide that looks like this: 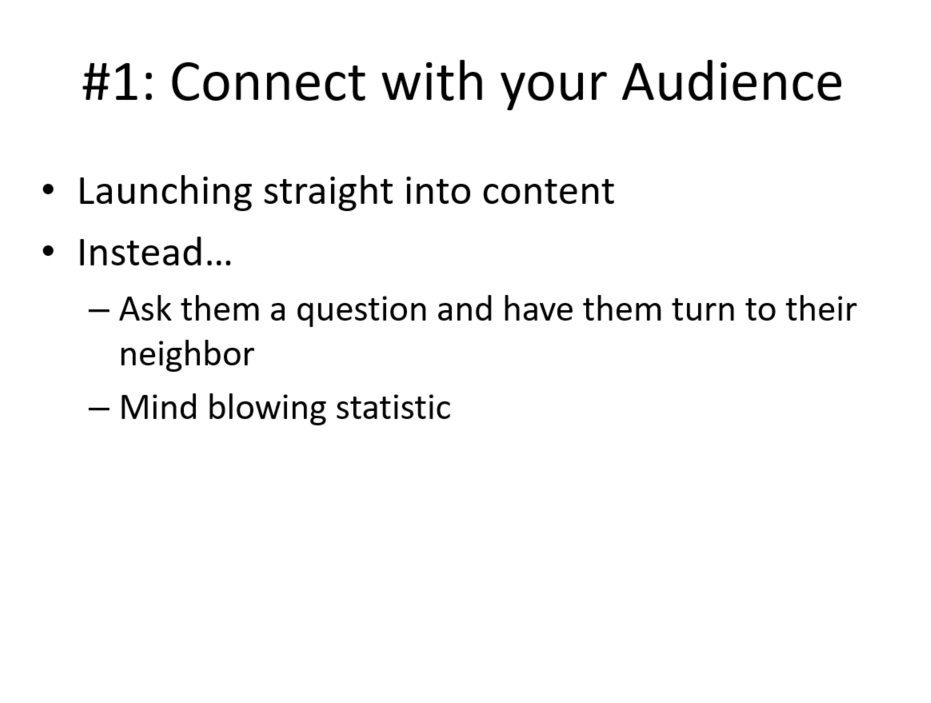 Why not bring in a metaphor? Some strong visual imagery may help make your point more obvious and may help with learner retention. 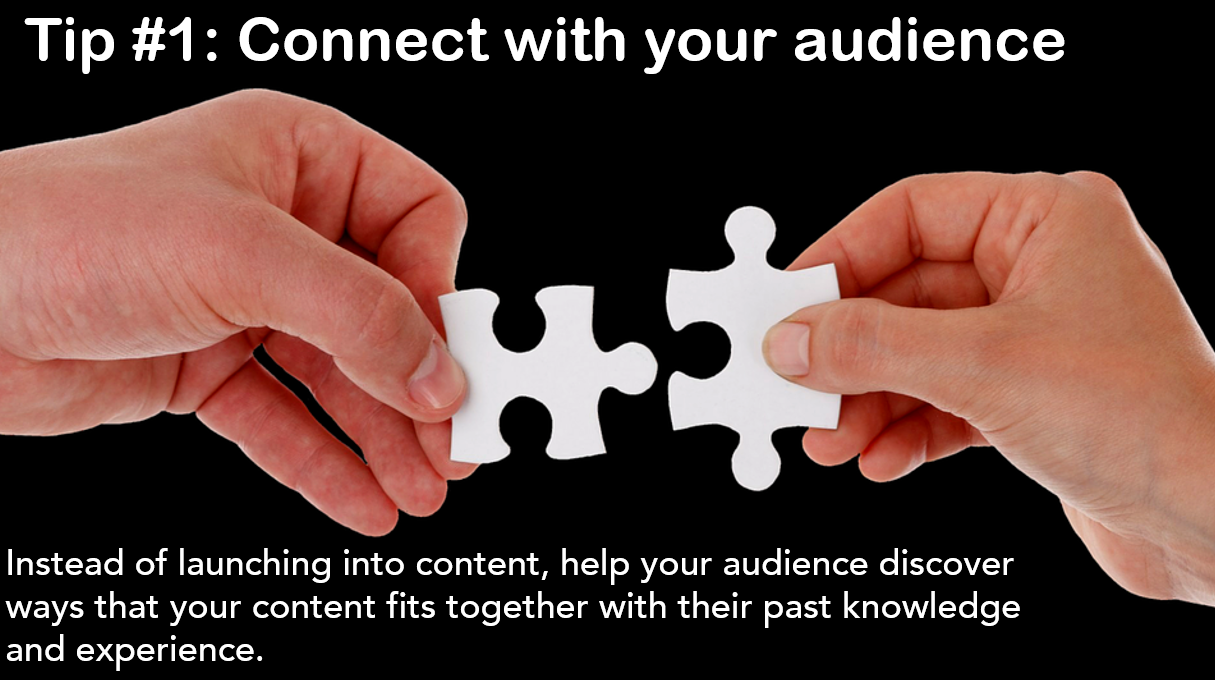 Just as some Halloween costumes are playful, you don’t need to settle for slides like this: 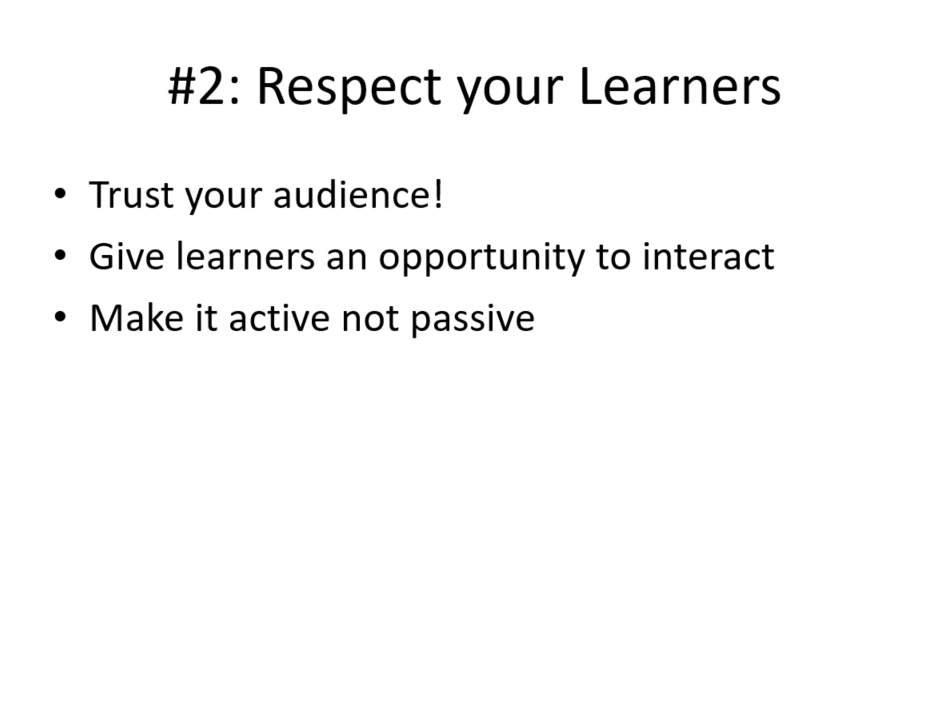 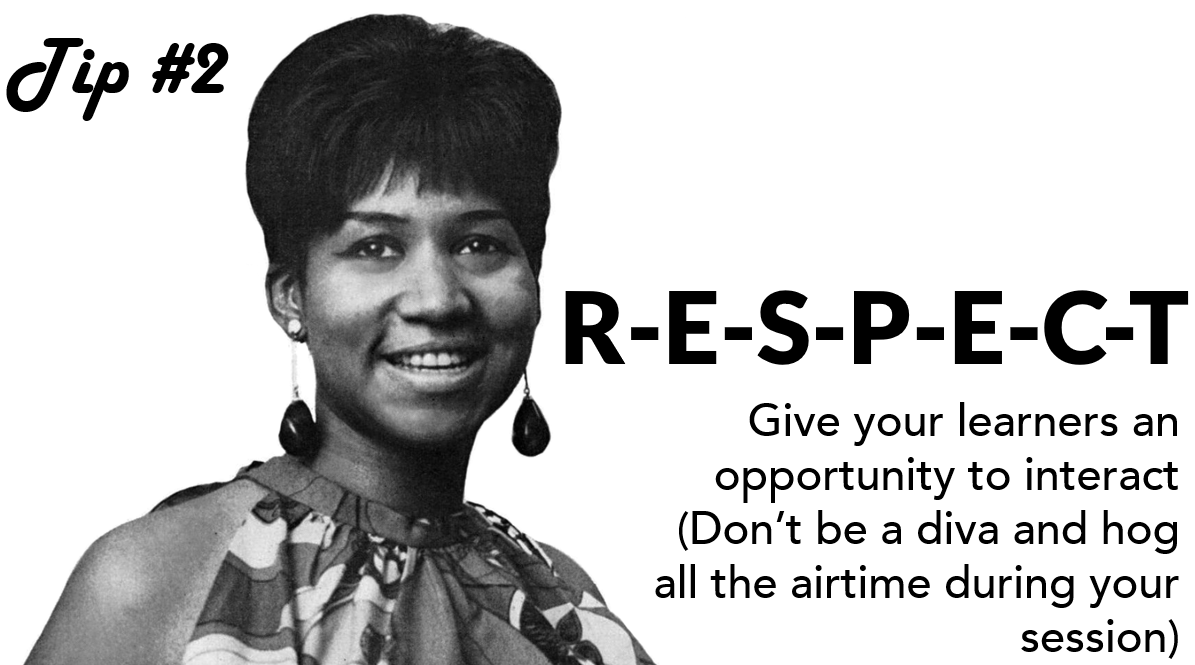 Sometimes simplicity works – both for Halloween costumes and in PowerPoint design. Of course, this is a little too simple: 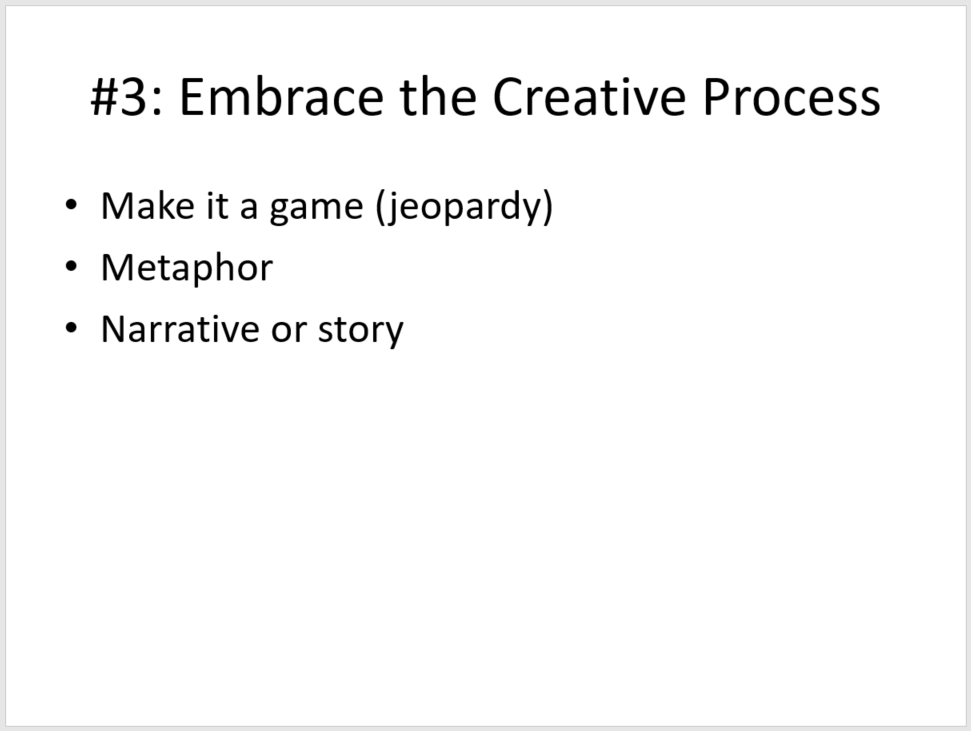 Why not add a splash of color and some simple design elements: 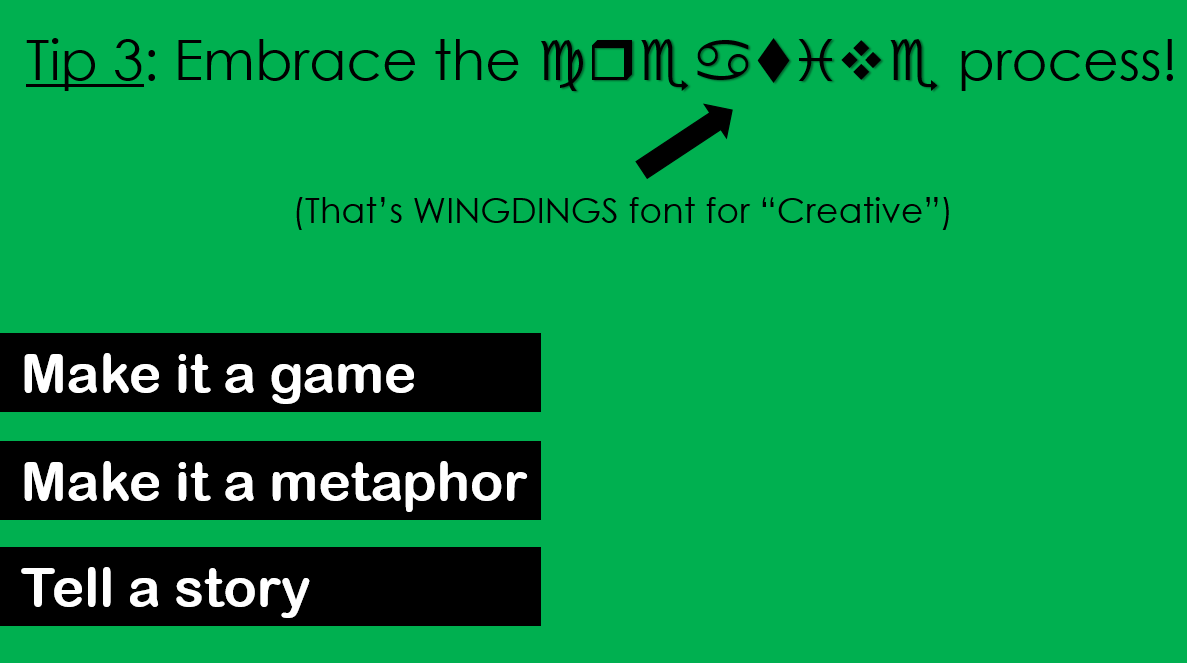 This particular slide simply uses a green background (which, according to some, inspires creativity – which is the point of this slide) and some fonts to tell the story of this tip.

Dressing your slides up may take a little time, but it puts a more personal touch on your presentation.

On Halloween, when I open the door and find group after group of store-bought costumes, I find they’re not memorable. They don’t stand out. They don’t seem like much effort was put into it.

I’ve always had a special place in my heart for those kids who come with homemade costumes. I love to see the creativity and effort on display. Those kids definitely get a few extra treats in their Halloween bags.

The same goes for slide decks. Those decks that are dressed up a bit more, those decks where it’s obvious the presenter not only invested time but had some fun and got creative with how the information is organized and presented, are just more memorable. And isn’t that the point of presentations – that we remember them?

Are you on a mission to defeat corporate PowerPoint templates? How else might you dress up these slides to be more effective? I’d love to hear your thoughts in the Comment section.