Charts and graphs in PowerPoint: There’s got to be a better way!

As we prepare for presentations, how often do we open up PowerPoint and then either dump information into some sort of SmartArt graphic or create a bar graph (or a circle graph or a line graph) using the Insert>Chart function? 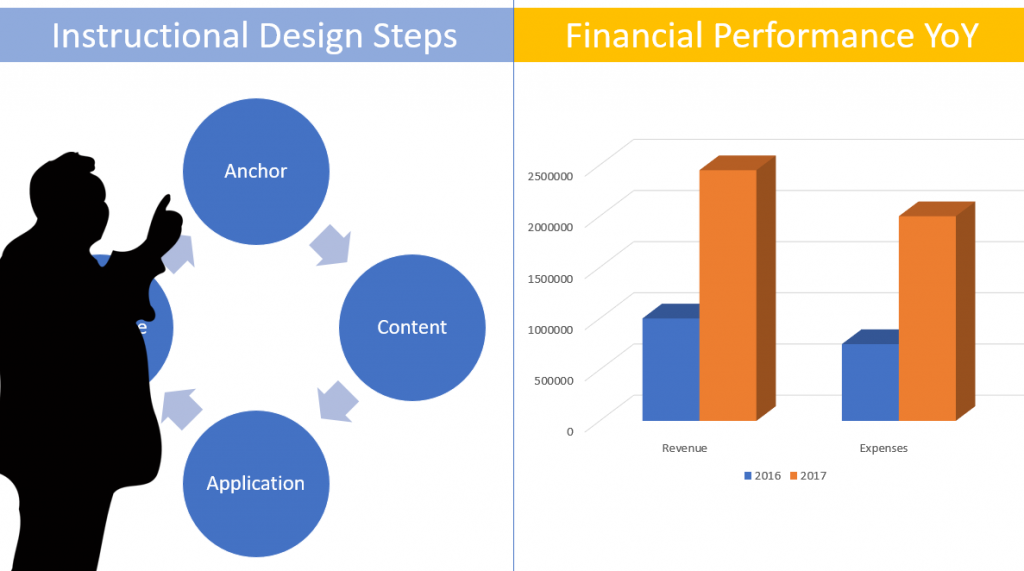 I’ve been reading Nancy Duarte’s slide:ology: The Art and Science of Creating Great Presentations and these sentences resonated with me: “Often ideas come immediately. That’s good, but avoid the potential pitfall of going with the first thing that comes to mind.”

As we prepare for presentations, how often do we open up PowerPoint and then either dump information into some sort of SmartArt graphic or create a bar graph (or a circle graph or a line graph) using the Insert>Chart function?

4 Steps to Create Charts and Graphs in PowerPoint

One of the ideas that Ms. Duarte puts forward is to map our thoughts out using pencil and paper before we bother opening up PowerPoint.

Her suggested process is simple:

I’m going to apply this process to the diagram on the left (above). It’s a process that I talk about a lot in my presentation skills sessions and I typically use a flipchart (not PowerPoint) to introduce the topic.

As you can see, it’s a list, but it doesn’t do much visually to draw attention to the idea that this is a step-by-step process.

That’s where I started to develop some energy. This isn’t just a list of concepts. These are steps!

Which led to this drawing: 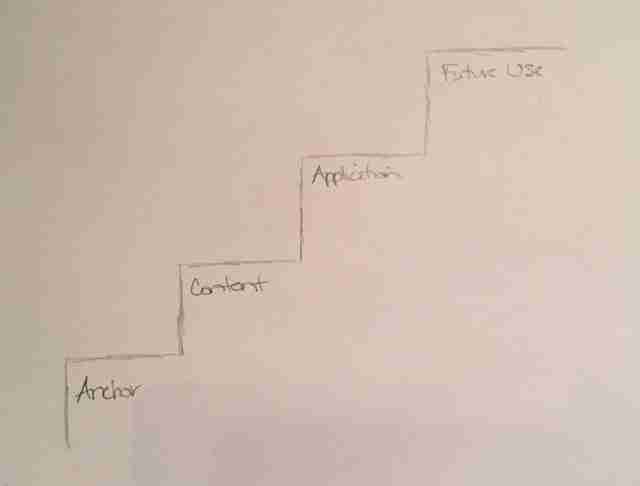 And if I were to prepare this in PowerPoint, there is a SmartArt graphic that looks like this:

As I went through this process, I felt I was getting closer, but it’s not quite there. If you have long enough legs, you can certainly skip steps. And I don’t want people skipping these design steps. What would happen if I added one more visual effect to make my point?

This is where my mind went originally: 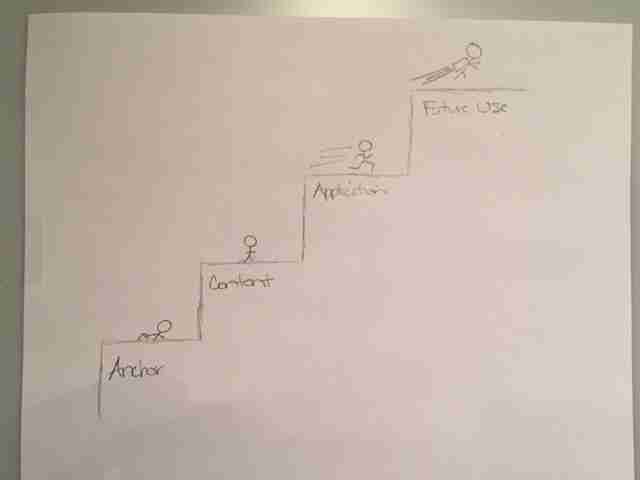 But trying to make the point that you can’t run before you walk and crawl didn’t seem to quite capture my point. My son loves to run and I think he may have actually went from crawling to running.

The thing about this process is that if you leave out one of these steps, something significant will be missing. Yes, you’ll still have a training program, but it’ll be missing something, and the audience will notice.

So I went this direction: 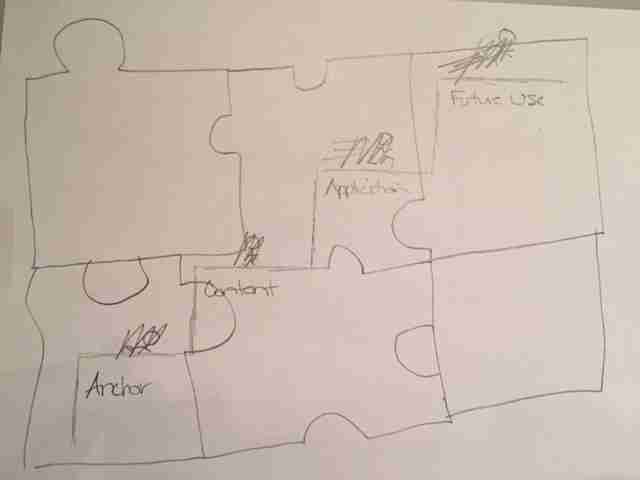 So I spent a little time playing with rectangles and circles in PowerPoint to create a basic puzzle effect: 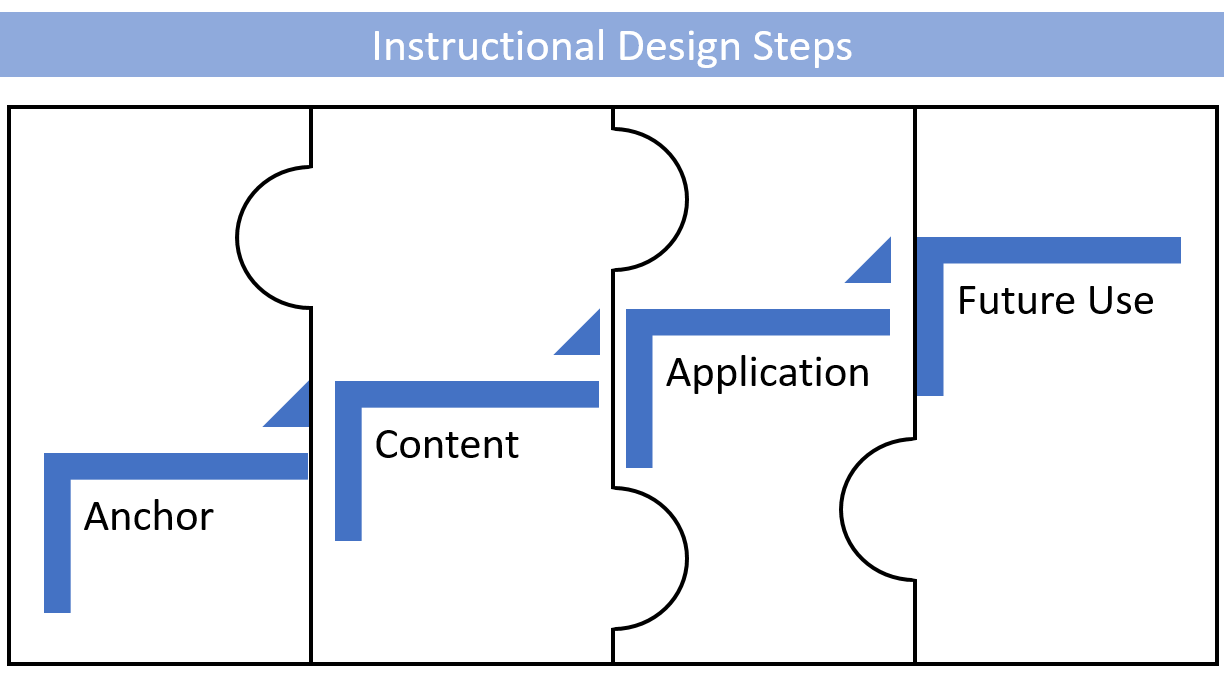 And then I inserted a slide to show what happens to this process if one of the steps/pieces is missing. 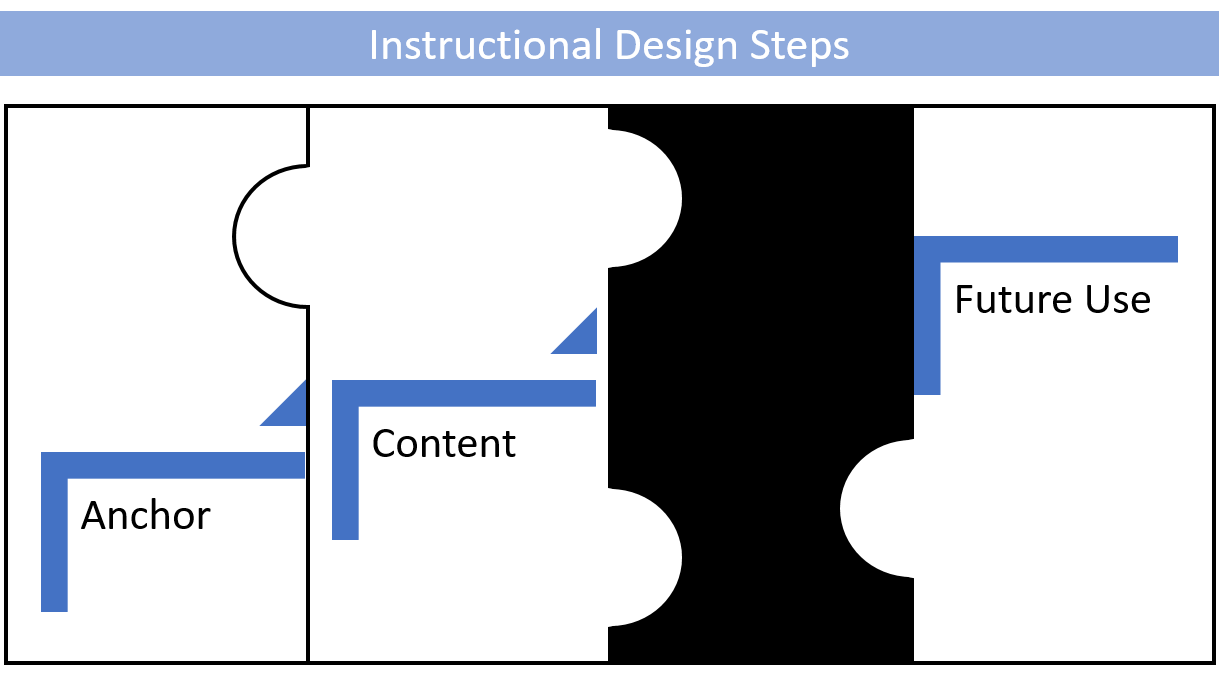 I’m asked from time to time whether creativity can be taught, or if people are simply born with it. I do believe that some people are wired such that out-of-the-box ideas flow more easily for them, but I think that anyone who challenges themselves not to simply accept their first idea can strengthen their own creative muscles.

What are some of the most creative and effective ways you’ve seen data represented in a presentation? Do you use SmartArt or insert other Charts and Graphs in Powerpoints