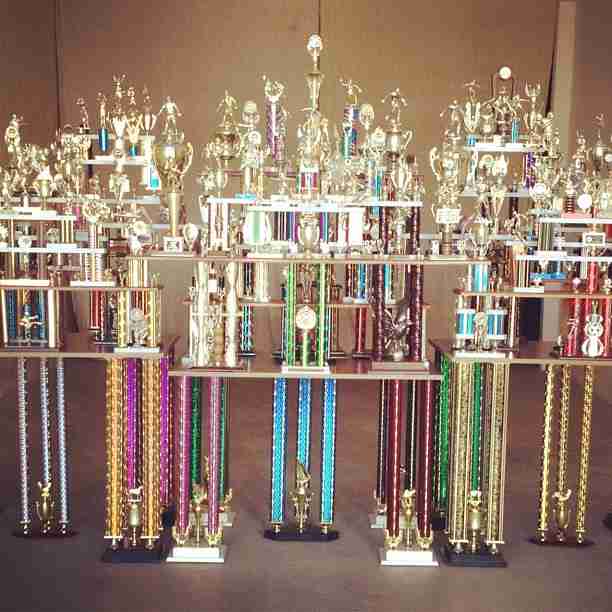 When I was growing up, I wanted nothing more than to win the Brockport Junior Baseball League championship. Not only would I have bragging rights among my friends, but the championship team also received trophies.

I didn’t get a little league trophy until 1990. I was a freshman in high school (not-so-little-league, I guess). I didn’t even realize I’d get one. Apparently the rules changed that year. When I went to turn in my uniform for the summer, my coach sat in a room, collecting uniforms and handing out trophies as team members strolled through. No ceremony. Just a guy in a room, collecting stinky uniforms and handing out trophies.

I was confused. It was weird. We certainly didn’t win the league. We barely won any games. And we got trophies for that?!

The Connection between Little League and Corporate Training

Just about every training workshop and conference I attend is very similar to little league in this way: everyone gets a certificate at the end of the session. Honestly, when I receive a certificate, I either dump it in my hotel room trash can or it ends up in the recycle bin when I come across it as I’m sorting through ancient piles of stuff that have accumulated on my desk over the past six months. The certificates are meaningless. It doesn’t matter how much effort someone puts into their participation during a workshop. It doesn’t matter whether someone does anything at all after leaving a conference session. They all get the same certificate.

It doesn’t have to be this way.

About a month ago, a program director from another organization asked me for some thoughts on how to improve accountability and outcomes. He works with doctors who have annual CME requirements, and actually need certificates as proof of their continuing education.

I suggested that, instead of ending a 3-day course on the third day by handing out certificates, he turn his courses into “6-month” courses. In reality the course would still be 3 days of in-person training. But it would be important to set an expectation that the course doesn’t end on the third day when people walk out the door (thus the “6-month” course label). Perhaps it could be followed up with 60-minute webinars (or in-person sessions, depending on funding and logistics) during which trainees would have an opportunity to report on what they’ve done with their new skills or knowledge. At the 6-month mark, once trainees have demonstrated that they have done something with their new knowledge or skills, they could receive their certificate.

And the organization would suddenly have data to report on the effectiveness (or lack thereof) of their training program.

Are you doing anything to give “real” meaning to your certificates (or are you just handing them out like little league trophies)?