Creative Things Come to Those Who Wait

Last week I was reminded that you can't simply force creativity. It's a process, and you need to be open to inspiration from anywhere (even if it takes two weeks for the inspiration to strike!). 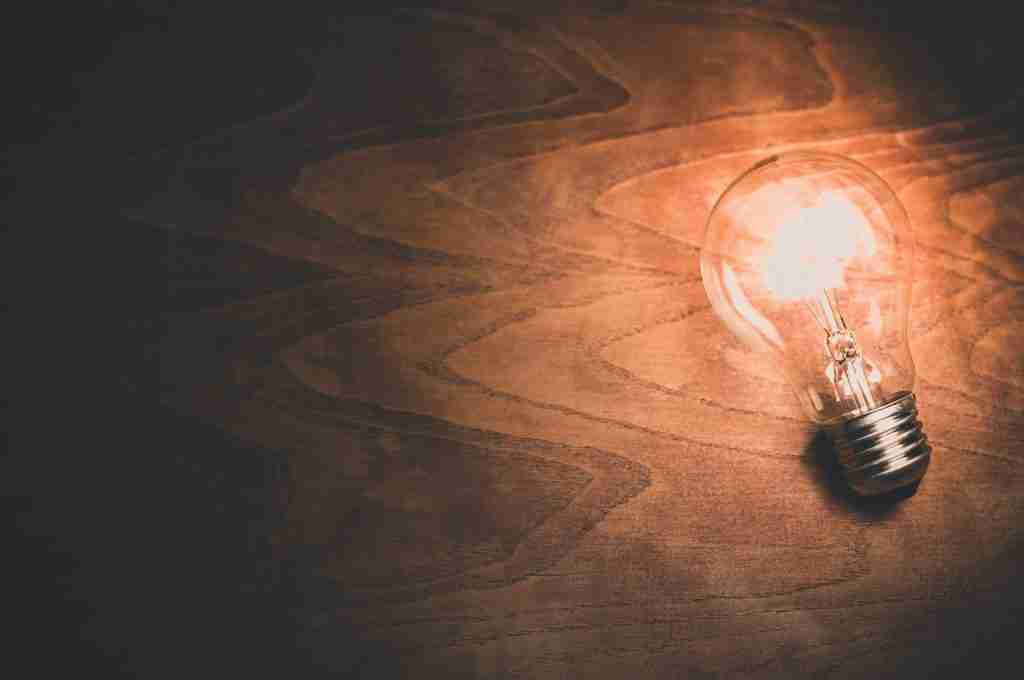 I was sitting in the same conference room I’d been sitting in for two weeks, across the table from the same client, working on the same project. The clock was ticking.

The client had come to the Seattle office for two weeks. We had two golden weeks to work together in person, then we’d need to rely on remote meetings and emails and file transfers once she returned to her field office.

While we were both working as hard as we could and we were both feeling a sense of urgency to keep moving forward, I think both of us were also bored.

“What if we have the learners create an FAQ document – we’ll give them the questions and they need to come up with the answers – as the culminating activity for this section?”

Ugh! We were never going to finish before she went home.

“I liked the idea you came up with for a prior section – the activity with the mountain climber theme. Can’t we do something like that here?”

We started to toss around some ideas, and something fascinating happened.

The room was filled with new energy. Ideas started to flow. It was the same small conference room we’d been working in for two weeks, but there wasn’t an ounce of boredom.

I grabbed a marker and started drawing on a whiteboard. “What do you think of this?” I asked: 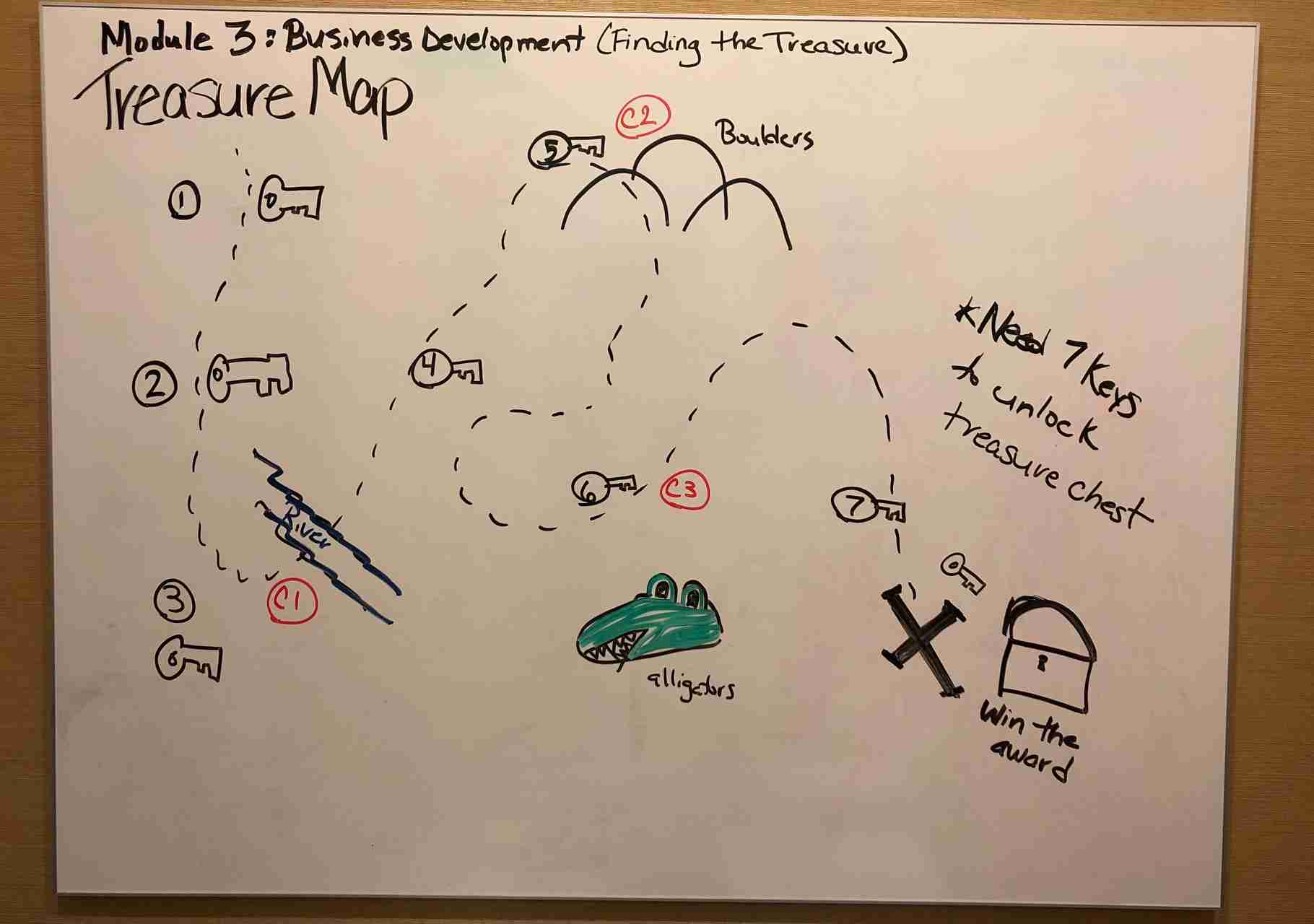 As she watched me draw, she started tossing out her own ideas, building upon the concept. Since the purpose of Business Development is to land new projects (the treasure chest!), we developed a Treasure Map-themed culminating activity for this section.

Building on that momentum, I began asking questions about the next section and suddenly the whiteboard looked like this:

I’m a little embarrassed to admit this, lest you think I need to get out more, but the two hours we spent in the conference room last Thursday were probably the most fun I’ve had in months!

It took us a while to find our breakthrough idea and a process we needed to develop the final product that we wanted. Because this particular project would rely on self-study, our design needed to be as engaging as possible to motivate the learners to take control over learning some very technical information with lots of mundane details. Creativity was essential. If we were bored, imagine how the poor learners would feel!

Do we have momentum for an amazing training program? Absolutely. Will we deliver this project on time? Yes. Sometimes the idea of taking a step back to take fifteen steps forward needs to be taken to heart. Sometimes the most creative ideas come to those who wait.

That’s my story, but I’d love to hear your anecdotes of creative breakthroughs. What sparked the breakthrough for you?