A few considerations when designing a game for your next training

Poor design or too much predictability can turn what you intend to be a fun element of training into a disaster. 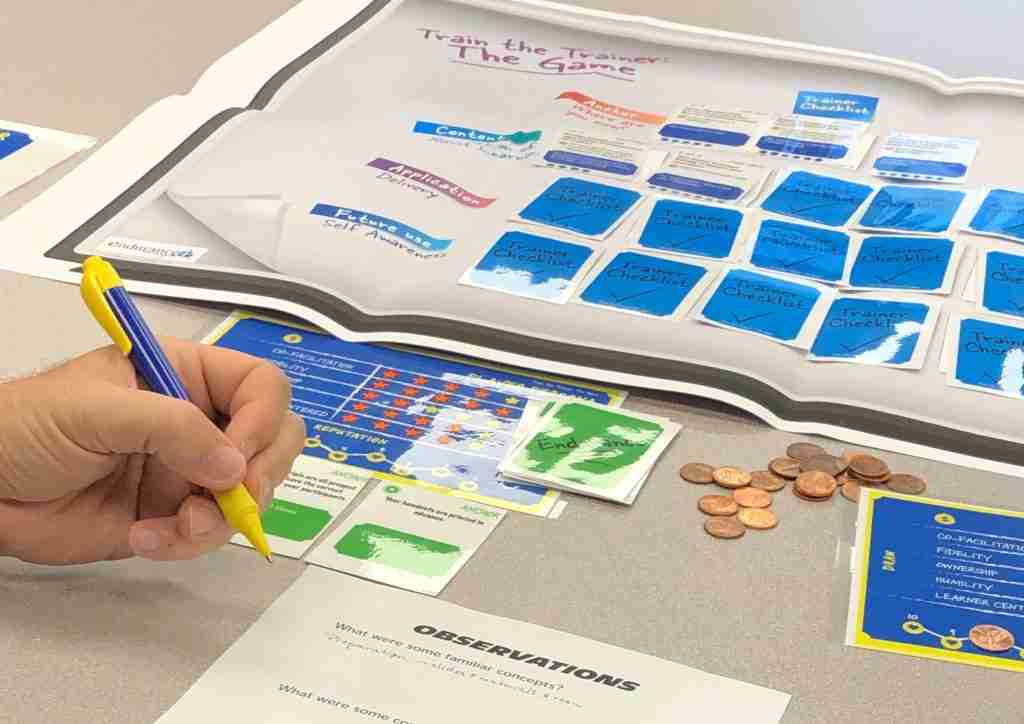 In Monday’s episode of the Train Like You Listen podcast, Heather spoke with our colleague, Lauren Wescott, about her recent experiences designing games for the training room. Lauren spoke briefly about cooperative vs. competitive games, and what each type of game could bring to the training room. If you’re looking to bring a game into your next training program, here are a few things you’ll want to keep in mind:

“Games” and “Gamification” are not the same thing

In their book For The Win, Kevin Werbach and Dan Hunter suggest that true gamification goes beyond points, badges and leaderboards and includes a variety of elements such as:

If you’d like to read about real life examples of some of these elements in action, Zsolt Olah chronicled his experiences in this 2018 case study published in eLearning Industry.

Pros and Cons of “Competitive” Games

As mentioned above, competition can be a key element in games – whether it’s a board game you play at home like Monopoly, a game played on Sundays (like football) or a game you’d play in the training room. In my experience, competitive games – a game in which there is one winner (and potentially a lot of losers) is the most common type of game used in training settings.

Competitive games offer a variety of pros, including:

Drawbacks of competitive games may include:

Pros and Cons of “Cooperative” Games

Cooperative games, in a nut shell, are games where players work together to accomplish a common goal. “Winning” is often measured by “beating” the game. In the game Pandemic, for example, players work together to try to stop a global outbreak of diseases. Winning happens when all of the diseases have been snuffed out. Losing happens if the diseases take over the world. Win or lose, all of the players are in the experience together.

In my limited experience with these types of games, here are some of the pros I’ve found:

Some of the drawbacks of cooperative games include:

If you’d like to explore the genre of cooperative games in more depth, the two examples that Lauren offered during Monday’s podcast were:

Games can be fun, engaging and memorable ways for learners to grasp important concepts and skills. Take great care, however, because as many people noted when I posted on LinkedIn about using games in the training setting, games can also turn many learners off. Some comments included:

“I use [games] sparingly because games for the sake of games is annoying as heck.”

“Pictionary with a group of medical assistants to practice vocabulary, always a huge hit. Build a spaghetti tower that can hold a marshmallow with a bunch of programmers.. no.”

“I tend to see games being used where there’s not really a good link to the learning, applying or recalling the actual concept that should be supported. Plus, I personally am not a game person.”

“Earning badges probably works for many people especially if there are incentives connected. But for me, not even then. It always strikes me about the same as training dogs with treats.”

As these comments show, great care should be taken when it comes to designing and incorporating games or game elements into your next training program.

If you’d like to know more about a cooperative game our organization created for training and presentation skills (called: Train the Trainer: The Game), drop me a line!

What do you think? Competitive games in the training room? Cooperative games? Stay away from games? Let’s hear some thoughts in the comment section!