Keys to Successful Training with an International Audience 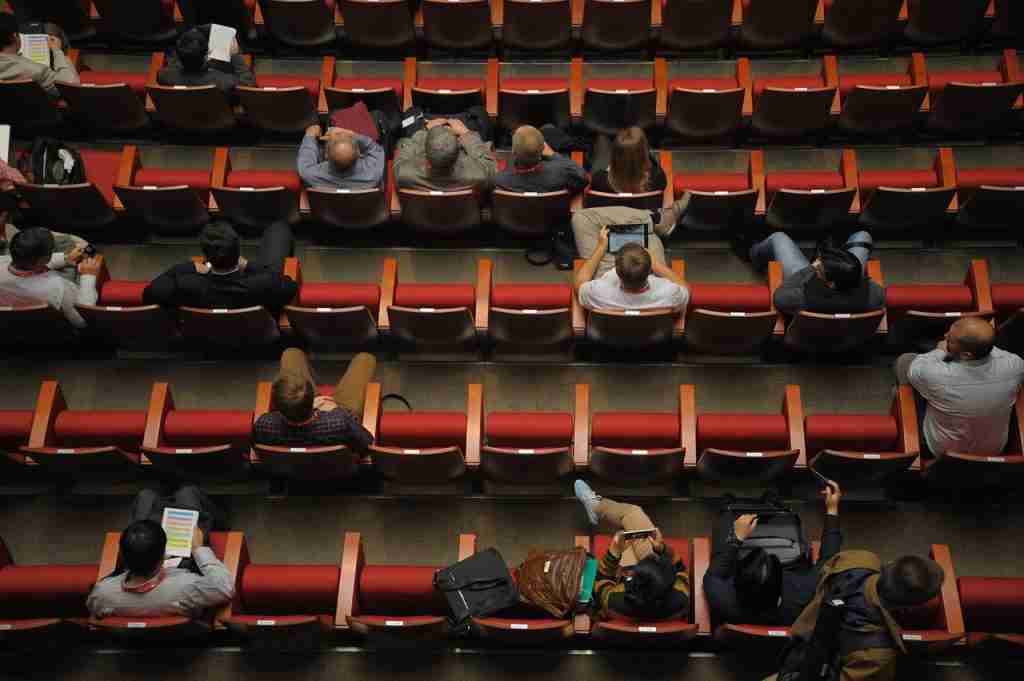 Good instructional design may be universal, but are there considerations we need to take into account when training an international audience? This week on our Train Like You Listen podcast, Mary Cropp, Director of Learning and Development at Bluetooth SIG,  joins us again to talk about her experiences working with international audiences and how that can change your approach to training design. [Editor’s Note: Check out Creating an L&D Portfolio with Mary Cropp]

Mary has spent the past several years presenting to participants from various cultures, countries and continents. During this podcast she discusses some lessons learned, how to approach designing for a culture with which you are not familiar, and some things you’re really going to want to avoid in your approach.

Listen using the player below. Please leave us your thoughts in the comment section or on twitter @train_champion.

Transcript of the Conversation with Mary Cropp

Brian Washburn: Welcome to the Train Like You Listen podcast, a weekly podcast for learning & development professionals on a variety of topics in bite-sized chunks. We’re back here today with a guest that we had on previously, Mary Cropp, who’s the Director of Training and Development at Bluetooth SIG. [Editor’s Note: Check out Creating an L&D Portfolio, with Mary Cropp] And we’re going to be talking about a little bit different topic here. And this topic today is around instructional design for international audiences.

Brian Washburn: So Mary, as you know, we like to start out with a six-word memoir, just to let our audience know us a little bit more. Both of us have presented in front of international groups before. And so I would say, “I’ve trained people from six continents.” How about you? How would you introduce yourself in six words?

Mary Cropp: “Beginning from a place of humility.”

Brian Washburn: Is that just with international audiences, or is that kind of a core principle?

Mary Cropp: For me, it’s a core principle. But I think it’s particularly appropriate for international audiences.

Are the Principles of Good Instructional Design the Same Around the World?

Brian Washburn: And it’s very true. And so the first question that I have for you, I’m going to be really, really interested to hear your response, especially in light of what you just said. But when it comes to sound instructional design and principles of good instructional design, isn’t that the same the world over? Or why should we be customizing for international audiences?

When it’s not being considered, when cultural context is not considered, at best, I’ve had people giggle or maybe even murmur. And at worst, there’s been outright offense taken. Who can do something differently, as we’re asking them to do in a training session, when we offend them?

Brian Washburn: Do you have a few examples that you might be able to share just briefly, in terms of what would be acceptable here in the United States, for example, versus someplace else that might giggle or take offense to?

Mary Cropp: A good example is when we’ve used Monopoly money in a training session to have people kind of vote using money. And in certain cultural contexts, that was super offensive, because it kind of bordered on betting, which I didn’t realize at the time.

Other examples might be for a particular audience that has a particular religious makeup. There’s no touching between genders. Even if you’re passing something to somebody, it could be very awkward for both parties to be in a close proximity from that.

Brian Washburn: So this is really interesting. And this goes back to what you were talking about when it comes to humility, things that you or I may not even give a second thought to, the idea of using Monopoly money. And as soon as you said that, I was thinking, “oh, some people might even see that, if you’re voting, as bribery.”

What are the Biggest Challenges When Designing Training Cross-Culturally?

Brian Washburn: So what are some of the biggest design challenges for an instructional designer when they need to start putting together a training initiative from people from a variety of countries, whether it’s a blended audience with people from all over the world or perhaps a certain geography around the world?

I would say the other complication with designing cross-culturally is no culture is monolithic. I am from New Jersey originally– proudly, I might add. And when I moved to the Pacific Northwest, I definitely experienced culture shock.

Somebody might look at that and say, “oh, that’s American culture.” But it’s not a monolith. So it’s not really easy to get underneath the surface of that iceberg.

One of the ways that I recommend people to try to get underneath the surface of the iceberg is at least identify six to eight of their own assumptions when it comes to some instructional design. For instance, what constitutes a good use of time or timeliness? What is the value of maybe politeness and gender in these different cultural contexts? It’s as simple as creating yourself a little checklist and saying, “have I really looked into these matters for this particular audience group?”

Does Design Differ With In-Person Training vs. E-Learning?

Brian Washburn: That is a great point. We shouldn’t be designing things in a bubble. When you think of taking some different design considerations into account, do you find that there’s something different that needs to be done with in-person delivery versus e-learning or digital delivery?

Mary Cropp: Yeah. And I’ve done both. I find that the differences are really very few. Digital is a visual medium. So of course, using images that are culturally appropriate and resonate is important.

The Frankenstein image that I used in an e-learning module was a complete flop because I thought that that was a universal signifier. And yeah, it wasn’t. Writing someone’s name in red in Japan is a no-no. Translation can be an issue. Those kind of visual mediums are really important when you’re talking about e-learning.

Otherwise, many of the same issues hold true for face-to-face in webinars versus virtual. Humor is tricky. Time and timeliness are important, how long to allow for silence. All those things need to be accounted for, whether it’s digital or face-to-face.

Advice for Trainers Preparing to Work With an International Audience

Brian Washburn: Yeah. And now, if you think of trying to come up with an idea that can help people ensure that their training’s going to land really well with an international audience– and you mentioned this idea of a checklist before. But do you have a helpful hint, something that has worked for you or your colleagues that has really made a difference in whether something lands or offends people or makes people giggle?

Mary Cropp: So I would go back to that coalition of the willing. That is something that an instructional designer could really do today. Put together a group that can help you avoid crashing into that submerged part of the iceberg. Cultivate those advisors from around the world, and then they will cultivate you for vetting of their work, as well. Be a good partner in that coalition.

Get to Know Mary Cropp

Brian Washburn: So why don’t we wrap this up with a speed round? But this time, we’re going to do an international version. Are you ready for this?

Brian Washburn: What’s your go-to last meal that you have at home before you take an international trip?

Mary Cropp: So that’s funny, because I always look forward to my next meal in-country. I’m a pretty adventurous eater, as you might know. But maybe I would say then my last meal– sometimes, if I’m going to places where water is not always reliably safe, I eat as much salad and fresh vegetables as I possibly can.

Brian Washburn: That’s a good one. Is there a book or a movie that’s helped prepare you for your travels?

Mary Cropp: For this work in particular, I would say The Culture Map by Erin Meyer has been invaluable.

Brian Washburn: And the last question here– what’s your most important packing tip for somebody who’s about to take an international work trip, maybe for the first time?

Mary Cropp: So this might offend some– I hope not– in your audience. I always pack a mini go-bag with underwear, socks, and a toothbrush. And more than once, my luggage has not arrived. And having a fresh set of underwear and socks and a toothbrush has meant that I could at least face the next day.

Brian Washburn: I think that it perhaps could be more offensive for those who don’t pack that stuff and then end up getting stuck without their luggage.

Mary Cropp: That one’s totally true, but I don’t know if it’s culturally appropriate for me to talk about underwear on this.

Brian Washburn: Mary, thank you so much for giving us some more of your time. This is our second opportunity to talk with you on the Train Like You Listen podcast.

This week’s podcast is sponsored by Soapbox.  Sign up today for a free demo.