“The internet is where things go to go wrong.” So wrote NPR reporter Sam Sanders last weekend as he wrote about Republican hopeful Rand Paul’s #standwithrand selfie feature embedded in his campaign app.

Of course, it immediately made me think of L&D and our use (or mis-use) of social media as a learning tool.

In the #StandwithRand selfie campaign, the idea is to have people use an app to post a bunch of “selfies with Rand” to Twitter and show the world how fun the campaign is. It actually yielded some nice, supportive tweets like this:

Rand and I after last night's "meet and greet." #StandwithRand pic.twitter.com/DXr3ak9frz

I haven’t downloaded the app (because I don’t want a bunch of political emails), but if I were to craft my own “selfie with Rand”, it would come more in the form of a stock image to be used in PowerPoint: 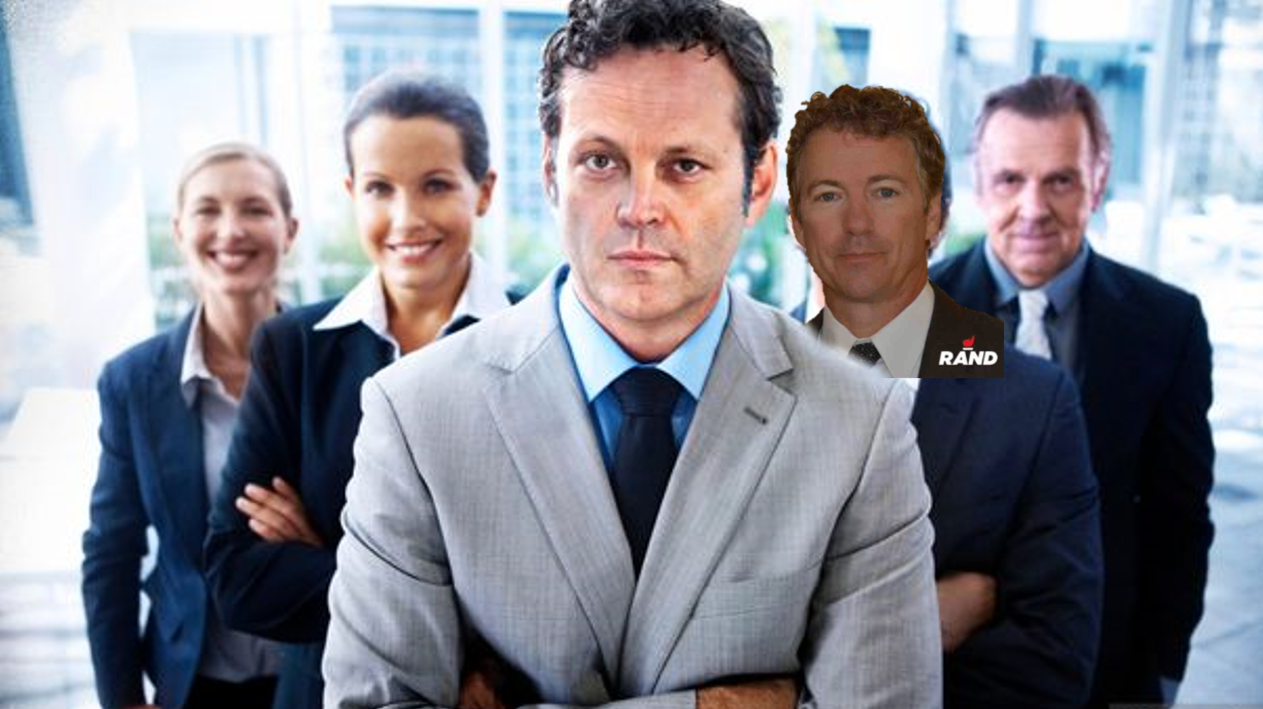 I really don’t know what political genius in this day and age thought this would be a good idea. And this brings me back to learning and development and our use (or mis-use) of social media.

A Tale of Two Uses of Social Media for Learning Purposes

Using a Wiki: Our team engaged in a book club a few years ago. In order to not wait until the end of the book the begin a discussion (and in order to encourage people not to wait until the last minute to begin the book). I set up a wiki with a discussion board for people to comment on a weekly basis. Each week there was a different online discussion prompt.

The first week, most team members posted something, and a limited discussion among teammates (spread across sites in Seattle and India) began. The second week, only a couple people engaged in the online discussion, and that was only after I prompted them with email reminders. By the third week, the discussion had died.

In hindsight, I think this attempt failed for a variety of reasons:

Using WhatsApp: I work with a team of people spread across India and Nepal, and I was looking for an easier way to stay in touch with them and to try to get a feel for their daily routines (and where learning needs might arise). Email didn’t seem to be working, but an India-based colleague suggested forming a WhatsApp group.

WhatsApp is more commonly used by the folks I work with as a communication tool than email or even text messaging. The WhatsApp group that we’ve formed has turned into a natural form of peer-to-peer support in a way that no other technology or in-person meeting could have offered for us.

I think it’s been successful for several reasons:

Forcing social media – whether you’re trying to get people to like your presidential campaign or if trying to make social media an unnatural extension of the instructor-led classroom – is a bad idea.

Integrating learning into the natural flow of social media – when and where people are already using it – can be a recipe for success.

How have you tried using social media as a learning tool? Have you been successful? Have  you made mistakes others should learn from? Let’s hear your thoughts in the comment section.