Sometimes you just have to be silly

There's no substitute for learning by doing. 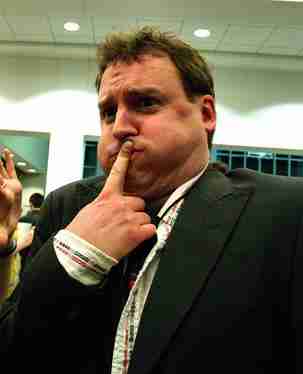 I looked on in horror as the facilitator arched her back, lifted her shoulders, raised her arms as if she had claws, opened her mouth and let out something resembling a screech.

I was at the LINGOs Global Learning Forum, attending Kristin Hibler‘s session on “L&D Applications of Improv”, and one at a time we were all supposed to copy what the facilitator had just done.

Nope. Uh-uh. There was no chance I was going to do this in front of everyone else.

But the first participant did it. So did the second. Everyone was doing it. And it came to my turn. It was too late to excuse myself for an urgent phone call.

Under my breath, I quoted the immortal Q*bert:

And we were just getting started with “warm-ups”.

Later, we did an activity in which the participants formed a circle and one person entered the circle and made a gesture while saying something. Then a second person needed to volunteer to join the first person, making the same gesture and saying the same thing. A third person also needed to volunteer to do this. This trio needed to walk around the circle doing this until a fourth person entered making a new gesture and saying a new word.

If we wanted to be cruel, we could let three people wander aimlessly around the circle, making a silly gesture and muttering a word, for a long, long time. A funny thing happened, however. A fourth person always jumped in within seconds, relieving the original three people.

I didn’t think too much about this activity until the debrief.

Read more about a variety of debriefing strategies

One participant said: “I thought you were all a bunch of jerks… until someone inevitably came in and saved me from continuing to have to be silly. I suddenly trusted you all a lot more than when the session began.”

In that moment it hit me: this is a powerful activity that can be used in a session on trust or teambuilding.

We can have sessions in which we talk about the importance of trust or teamwork or helping one another out, but these sessions are missing something if everyone in the room is simply talking. The activity I mentioned above gives everyone a shared experience and puts everyone in a somewhat uncomfortable (vulnerable?) position until someone else on the team steps up.

There’s really no substitute for learning by doing (plus debriefing). It creates a powerful, sometimes visceral ah-ha moment… even if the learners need to get a little silly every once in a while.

What kinds of learn by doing activities have you used to create a powerful ah-ha moment for your participants?