The Force is Strong among these Trainers

Fostering a shared identity can super-charge an individual's commitment to a community of practice. 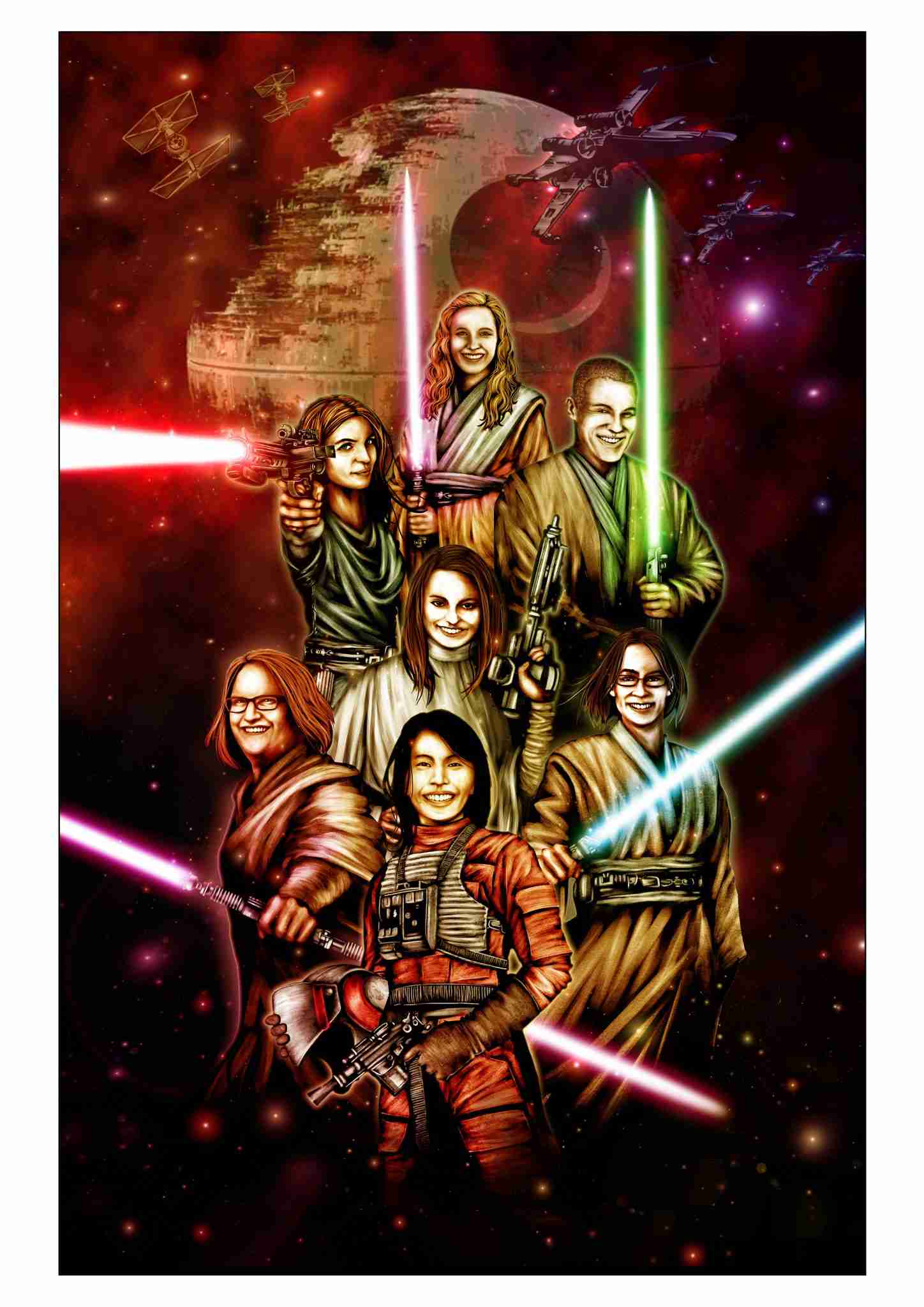 When I got a meeting request for February 18th with the subject line: “The Force Awakens,” I was intrigued.

At 2pm on February 18th, the lights dimmed in the conference room. A familiar, intergalactic theme song began to stream out of a co-worker’s computer. As our attention was directed toward the projector screen, words began to scroll up, offering some backstory for the creation of this group.

Our efforts to create an internal community of practice for our organization’s trainers in the past had faded away, but this time appeared to be different.

We came to call ourselves “The Force”, which seems appropriate to me because training (when done well) is like a mysterious, invisible power underlying continual improvement around an organization. Some people believe in it. With others we’re left to rely on Jedi Mindtrick-style methods to help them realize this is the solution they’ve been looking for.

We’ve met regularly over the past six months, and when someone has a conflict with a meeting they apologize profusely for not being able to attend. We begin each meeting with “Show-n-Tell”, an opportunity for people to share ideas, practices or strategies they’ve implemented over the past month that others may want to bring into their own departments. We go around and try to identify ways to measure the success of our training initiatives, both qualitatively and quantitatively. If someone has a presentation to deliver, they can come to The Force and do a run-through, getting feedback and encouragement.

Recently, I found an artist on Fiverr and I commissioned the image at the top of this blog post to be created. Even though almost every person in The Force is a training-team-of-one within their larger departments, we’ve found strength in coming together regularly to discuss challenges and to share promising practices. Every physical artifact we can build around this common identity, such as this Star Wars movie-style poster, is one additional fiber that serves to strengthen our bond.

Coming together with others who share a common goal or purpose is an essential element to ongoing professional development… yet it’s such a tricky thing to establish. I’ve been a part of a number of efforts to create communities of practice, and I’ve rarely seen those efforts last for more than a few weeks… maybe a few months. Fostering a common identity can help individuals feel more connected and therefore more motivated to continue to engage in the community.

Honestly, Star Wars is a great example of bringing diverse people together through a common goal in order to achieve amazing, almost impossible results. You had an orphaned farm boy, a Princess, a smuggler and his Wookie friend, a couple of droids (one of whom didn’t speak English) and a wise old man (who some thought was crazy). And they not only blew up one giant Death Star, they blew up two of them!

A core group from diverse backgrounds. A problem to solve. A common goal. The willingness to take risks. The openness to share promising practices. Dedication to the epic quest of continuously striving to do better. Put all of these things together, and the force grows strong.

Are you part of an effective community of practice? What have you found to be particularly helpful in keeping it going? What kinds of mistakes have you experienced that we could all learn from?