Trick Out My PowerPoint

PowerPoint is such an easy tool to use. Just because we use it, however, doesn’t mean we use it well.

The Challenge: Trick Out My PowerPoint!

The Trick Out My PowerPoint Challenge is an attempt to walk the everyday presenter through some very easy steps that can transform a normal (and mostly forgettable) PowerPoint deck into something a little more visually appealing, a little different, a little more interesting and a little more memorable. 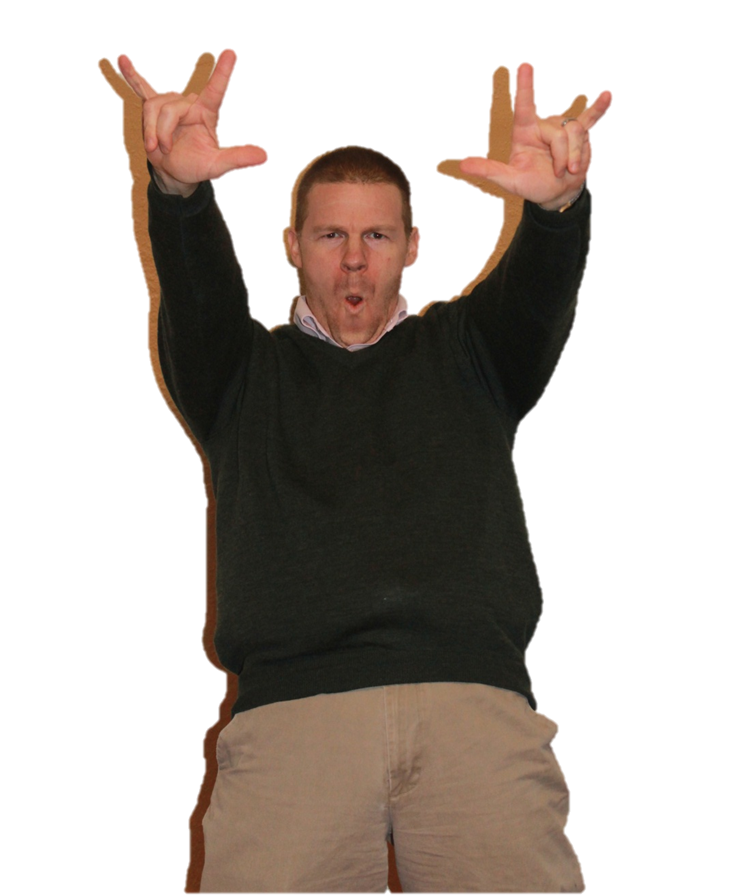 By day he’s a global training manager. By night he blogs and huffs Mr. Sketch markers (generally the cherry red or the blueberry blue). He’s never taken a graphic design course in his life. He just wants learning to be engaging and thinks anyone can do it. Give it up for Train Like A Champion blogger Brian Washburn!

She’s a corporate learning leader and the voice of the phase(two)learning blog. She is just tall enough to get onto the Space Mountain ride at Disney World, has a slight shoe addiction, and has been bringing progressive learning experiences to the workplace for 15 years. Let’s hear it for Michelle Baker!

A presentation Brian co-facilitated in 2008 at the Association for Experiential Education International Conference.

Some Initial Thoughts from the Trick-out Artists:

Brian: Honestly, the deck was serviceable. People came up to us afterwards and told us how much they enjoyed our presentation. Although I have to say, looking back on slides I created five and a half years ago, it seemed a bit like looking through an old high school yearbook. Sure, the spiked hair, skinny tie, pegged jeans and sweater vest worked for me back then, but in hindsight I probably could have (should have) done better. Same with these slides.

Michelle: Ha! Yes, this definitely looks like something from days of yore. The template is about as fresh as big, aqua-netted hair and stonewashed jeans. (Not that I’d know anything about that!) So, if you were going to freshen up these slides, what would you do?

Brian: If I was to take an hour or two to re-visit this slide deck and to trick it out as best as a non-graphic designer could trick something out, this is what I’d come up with:

Three simple things that I’d change about the original slide deck include:

1) Eliminate the template. There was a time when PowerPoint templates (just like pegged jeans) were the in-thing. Now templates that come loaded with PowerPoint are pretty stale and their pre-built borders and images take up valuable screen space.

2) Eliminate the clipart. I’m not sure if clipart was ever “in”. I’ve removed any vestiges of it and added several images of experiential education to give the audience an image to which they can relate.

3) Reduce the words. In an attempt to de-clutter the screen, I’ve removed several text-laden slides. I think a lot of the points from the slides that were removed could be delivered by the facilitators during the session (or better yet, they could be brainstormed by the audience and written on flipchart).

Michelle: Nice! I like the vivid imagery on the first several slides and the simplicity of the shapes and text throughout. Now it’s my turn… if you want to see something tricked out tricked out, then keep reading…

Here are three easy things I did to trick out these slides:

1) Don’t settle for the “default” font.  Did you know that hundreds of free fonts are out there for the taking? Two great resources are fontsquirrel.com and Google Fonts. The large block-letter font is called BEBAS and the script font is called PACIFICO. I stuck with trusty Arial for standard text and bullet points, for easy readability. A word to the wise: Find 2-3 fonts that complement each other – do not go crazy!

2) Ditch the template. Like Brian, I also unpegged my acid washed jeans, de-AquaNetted my hair and opted for a blank slide over a PowerPoint template. For some weird reason, a blank slide can be intimidating.  A simple tip to help align your text, images and spacing is to utilize the “view gridlines” feature: Under the “View” tab, simply check the “gridlines” checkbox. This has helped me many times!

3) Let the visuals do the talking. In the “welcome” slide (slide #2), for example, I could have just typed the word “welcome”. Instead I used a large, simple graphic of a welcome mat to convey the same message in a more appealing way. On the next slide I used a man with a question mark over his face. When you look at the text (“What is the role of a facilitator?”) the learner is drawn into that simple graphic. After all, as facilitators, haven’t we all wondered what our role should be? That question mark over the face tells a story that doesn’t require bullet points. It doesn’t require an abundance of text. Looking at the photo, you just get it. Strategically placed visuals can replace the need for words. Your presentation should work in tandem with your slides. If you’re looking for free images, try Flickr’s Creative Commons licensing or Google Images. Just remember to give credit where due.

What did we miss? Is there something you’d have done to better “trick out” this deck? Let us know in the comments section.

Have a slide deck you’d like us to trick out? Drop a line to bpwashburn@gmail.com or phasetwolearning@gmail.com.

Know someone who could use some ideas to improve their PowerPoint skillz? Pass this along.