Think the office supplies you use in a training session don't matter? Think again. Being intentional about the materials you use can enhance the learning experience and increase the potential for retention.

Last week I had an opportunity to pilot a training program for managers working with remote teams.

One of the strategies I used to accomplish this was through the deliberate selection of colored sticky notes.

During one activity, I wanted to illustrate how much easier it is to establish trust and rapport when everyone is together in one location and how much effort it takes to develop that rapport when you’re working across time and space.

I asked the learners to use sticky notes to jot down ideas of actions they can take that help to build trust (things like saying “hello” in the morning or going out to happy hour) as well things that can reduce the amount of trust between co-workers (things such as keeping things too professional or not responding to requests for information).

If I used traditional packs of plain, yellow sticky notes, this is what it would have looked like from afar:

Close up, you’d be able to read what everyone wrote, but it doesn’t leave much of an impression when you’re looking at it, quickly trying to pull out key trends and take-aways.

Adding a splash of color with a variety pack of sticky notes wouldn’t necessarily have made much of a difference if it was applied in a haphazard manner. In fact, it could make it a bit more confusing:

Taking a step back to look at the flipchart, one learner remarked: “Whoa. I knew that it was easier to build trust when you’re all together in person, that just seems logical. But I never realized just how big of a difference it was. We really need to be much more intentional in the amount of effort we put in to reaching out to build our relationships with our remote staff!”

He was able to draw that conclusion with just one glance. That’s the power of an effective visual aid. Here is an image of the actual activity: 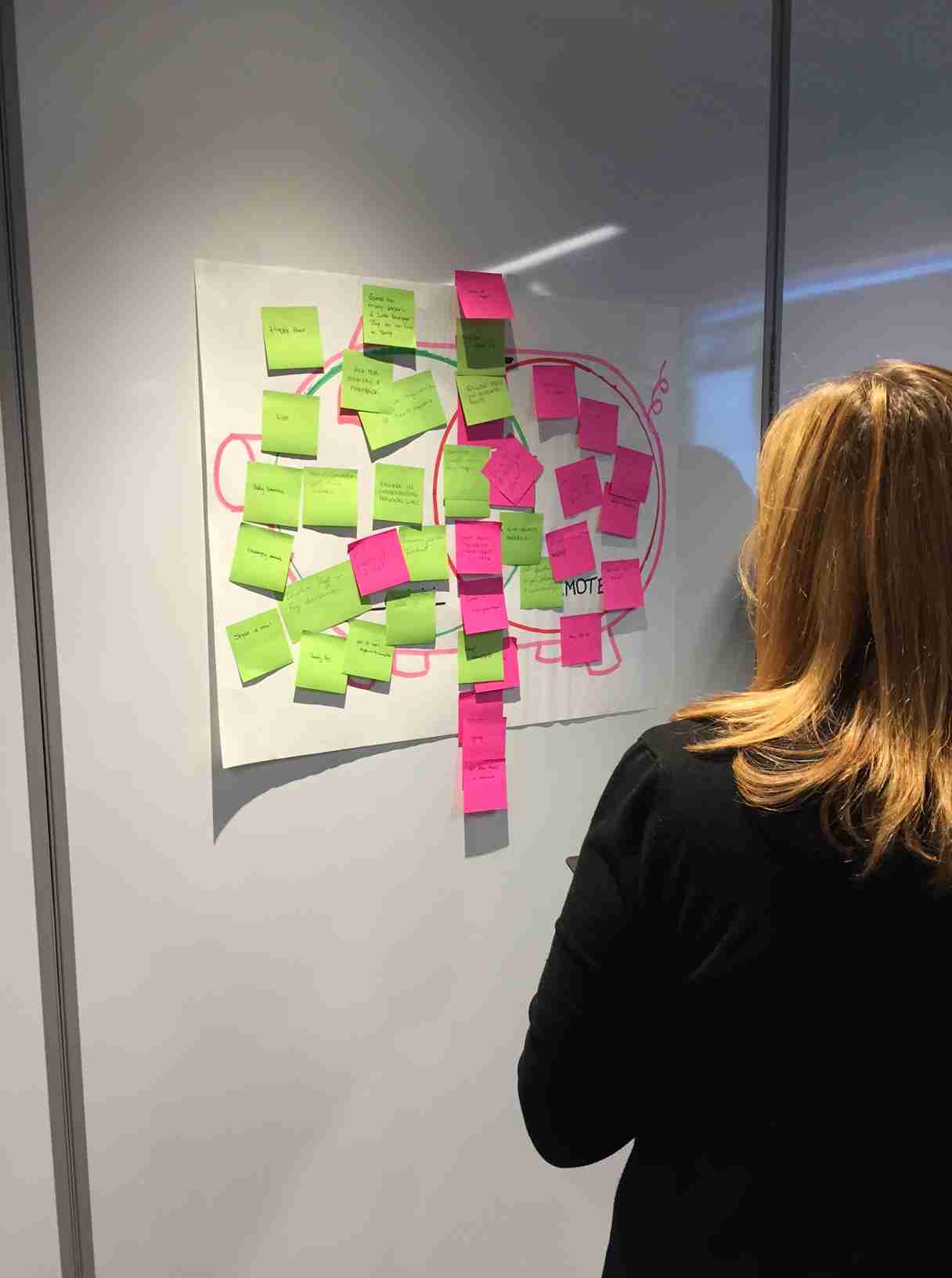 What kinds of office supplies have you used, intentionally, to create a powerful visual experience for your learners?