Elite instructional designers don't complain or get thrown off when they have the perfect activity, only to have an SME review it and say: Can we just add one more little thing (that will make you change the entire activity)? Today's post offers a case study about how an ID team remained flexible until everyone was happy. 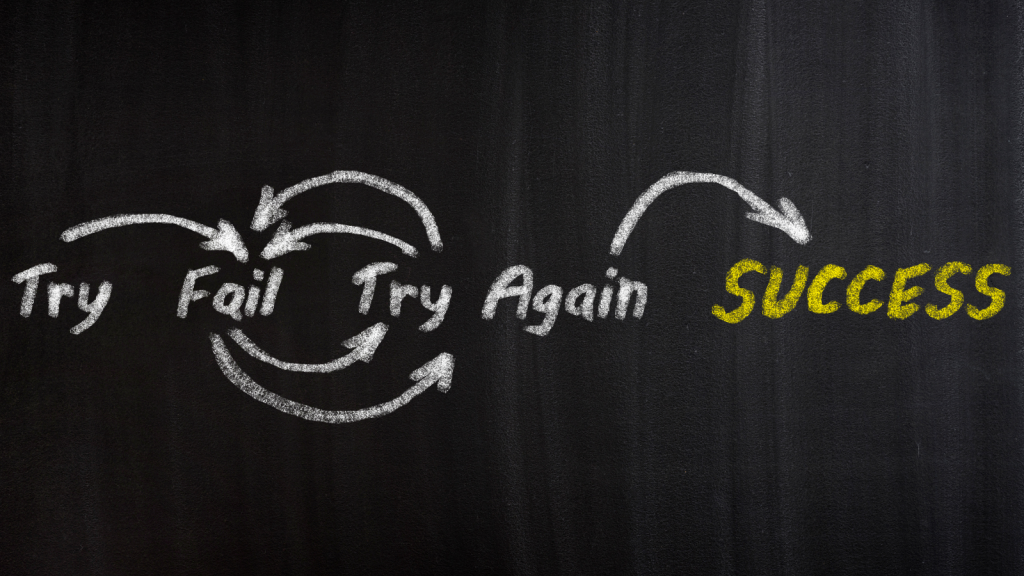 What was the challenge?

Like in so many elearning projects, we had a client who shared a PowerPoint deck with us and asked us to develop an elearning course from the materials. Specifically for this project, we had to figure out how to help learners who had never been in an underground mine before. The goal was for them to experience and feel what it might be like not only to be in a new, unfamiliar and dangerous environment, but also to get a feel for just what hazards may be present for machines and equipment operating in this type of environment.

How did our creative elearning interaction solve the challenge?

We didn’t want to simply show some out-of-context images of hazards that may be present and offer a little information about each hazard. For this project, we initially met as a team to brainstorm ideas of how we could create a learning experience that would allow the learner to explore an underground mine as if they were actually in one.

Each time we felt we had the right idea, the client would share some new information or would add a new hazard we hadn’t thought about earlier in the planning process. Following is a chronological re-telling of how this project evolved to address the challenge.

Our original idea was to create a 360-degree immersive experience where the learner could actually look around an underground mine and interact with hazards. Fortunately, at this time, Articulate Storyline had just released the ability to create 360-degree interactions using panoramic images. We thought that this would meet the needs of this project and could be our solution, however, it was new and required us to spend some time exploring its abilities and limitations.

Once I began creating a mockup interaction, I came up against two significant barriers. One, locating a high-quality panoramic image of an underground mine that contained all hazard visuals proved very, very difficult. Two, once I dove in and began creating the interaction with a generic panoramic image, I realized that the functionality of the 360 interaction wasn’t quite where we needed it to be yet. Some of these limitations included lack of customization for markers and text boxes.

Due to the challenges from Phase 1, our second approach was to build a custom interaction in Storyline that gives the feeling of being in an underground environment and contains three areas to explore. Basically, the learner begins in one area and has the opportunity to view areas to their left and to their right by selecting arrows. Each of these areas have visual hazards that the learner will interact with to gain more information. This worked for the project originally, but once the customer doubled the hazards the learner was expected to explore, we realized this wasn’t the best approach. We didn’t want to overload the learner by adding various hazards to the three areas. We felt that adding more than three areas could result in the learner getting lost or confused from clicking back and forth.

After more brainstorming and team discussion, we decided to go a new route. Previously, we had incorporated isometric illustrations (visual recreations of three-dimensional objects in two dimensions using 30-degree angles) into our elearning modules to depict underground mining environments. To do this, we collaborated with a contractor who specializes in custom isometric illustrations. By incorporating an isometric illustration, we felt it would provide a new and engaging perspective on an environment for the learner and we believed it would work well for a map.

For this process, I sketched a mockup isometric illustration of an underground mine containing all the required visual hazards. I reached out to the contractor with my mockup and worked with him to create a really innovative and exciting illustration for this project.

In this learning experience, the learner explores an isometric map of an underground mine to locate various hazards, then selects each hazard to obtain more detail. To make the interaction feel more “alive” or “immersive,” I created states that highlighted the hazards physically when hovered over. For example, the blast zone is just rock, but when hovered over, it displays a blast or explosion.

By creating the isometric map we were able to check off all requirements for this project. The map provided more area to incorporate all eight hazards in a unique and relevant way. The learner had the ability to explore the mine openly and see concrete visuals to represent each hazard.

With this type of project, it can prove difficult to create on-brand and accurate visuals due to the uniqueness of the content, such as the specific machines and environment the learner needs to interact with. Working with a contractor who creates custom illustrations solved this problem for us and helped us meet the needs of this customer. 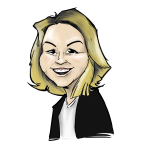 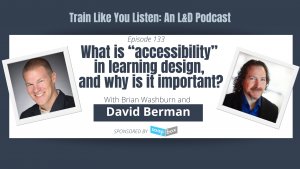 What is “accessibility” in learning design, and why is it important?

What is “accessibility” in learning? Why is it important to design learning for everyone? What are one or two things you might want to be doing differently with your design, today? David Berman has worked in the field a long time, and has some answers. 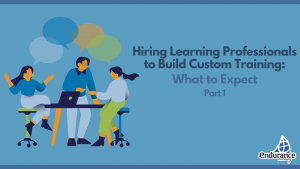 Hiring Learning Professionals to Build Custom Training: What to Expect From Analysis

Have you ever wondered what exactly goes into creating custom learning? If you were to hire a learning & development company, what should you expect 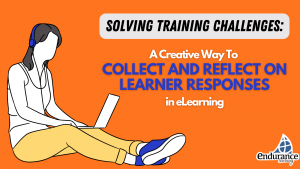